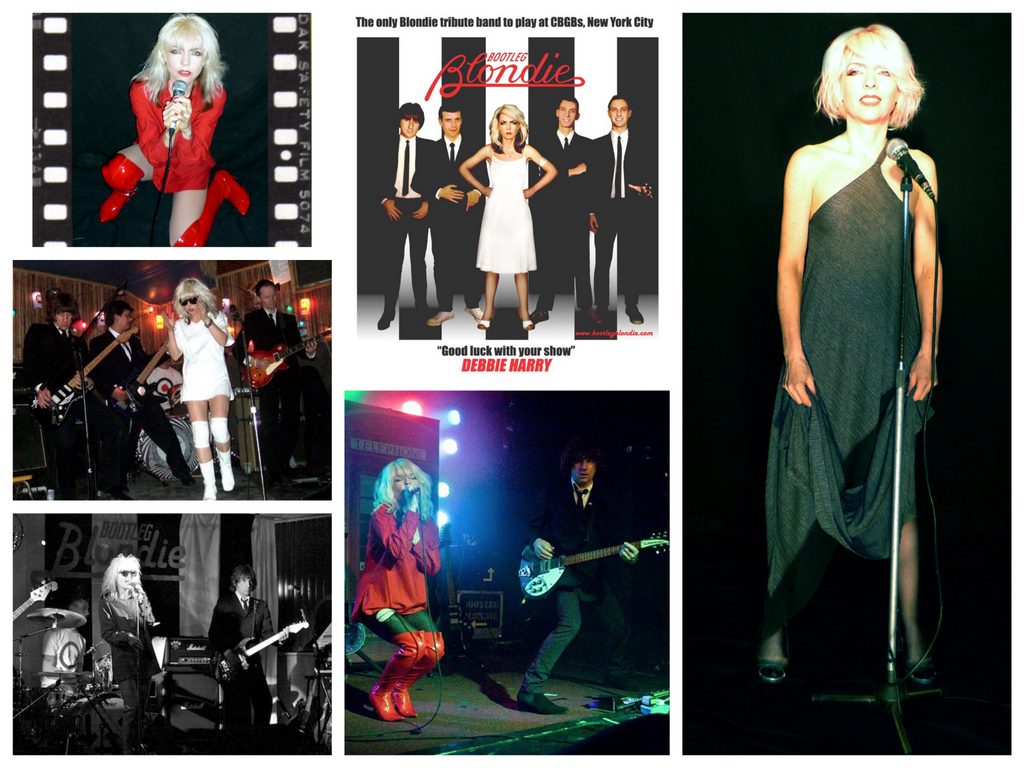 Debbie Harris and the boys have met the REAL Blondie and been officially endorsed by the band.

Debbie Harry got in touch when she heard we were playing CBGBs in New York City to wish us good luck with our show and both Debbie and Chris Stein have signed our guitars.
When Clem Burke, Blondie’s charismatic drummer, found out that we were making a replica of his Premier drum kit, he arranged for us to meet him and signed our bass drum skin.
During the 2010 Blondie tour of the UK we took Clem out for a trip around London in our tour bus, he even signed that too!!!!