Celtic Smash Bros was forged in the summer of 2017. They deliver high energy Irish music and modern hits with a Celtic Twist.

Their music has been described as “Ear Candy for The Gods”, by Bill Barclay (Director Music at Shakespeare’s Globe Theatre, and Guardian Columnist), and their sound ranges from high energy, Irish-style covers of well known songs such as Eye of the Tiger, Money for Nothing, London Calling, to performing well known Irish songs such as Whiskey in the Jar, Dirty Old Town, Spancil Hill. The band also do covers of John Williams film music and Ibiza trance hits.

Often labelled as ‘Thorough London Irish’ in both their music and their breeding, the lads bring together the best sounds of the genres they tinker with – punk, rock, traditional tunes and party classics.

This blend alongside their charismatic style has earned them spots on ITV’s This Morning show and the St. Patrick’s Ceili at the Cutty Sark in Greenwich. 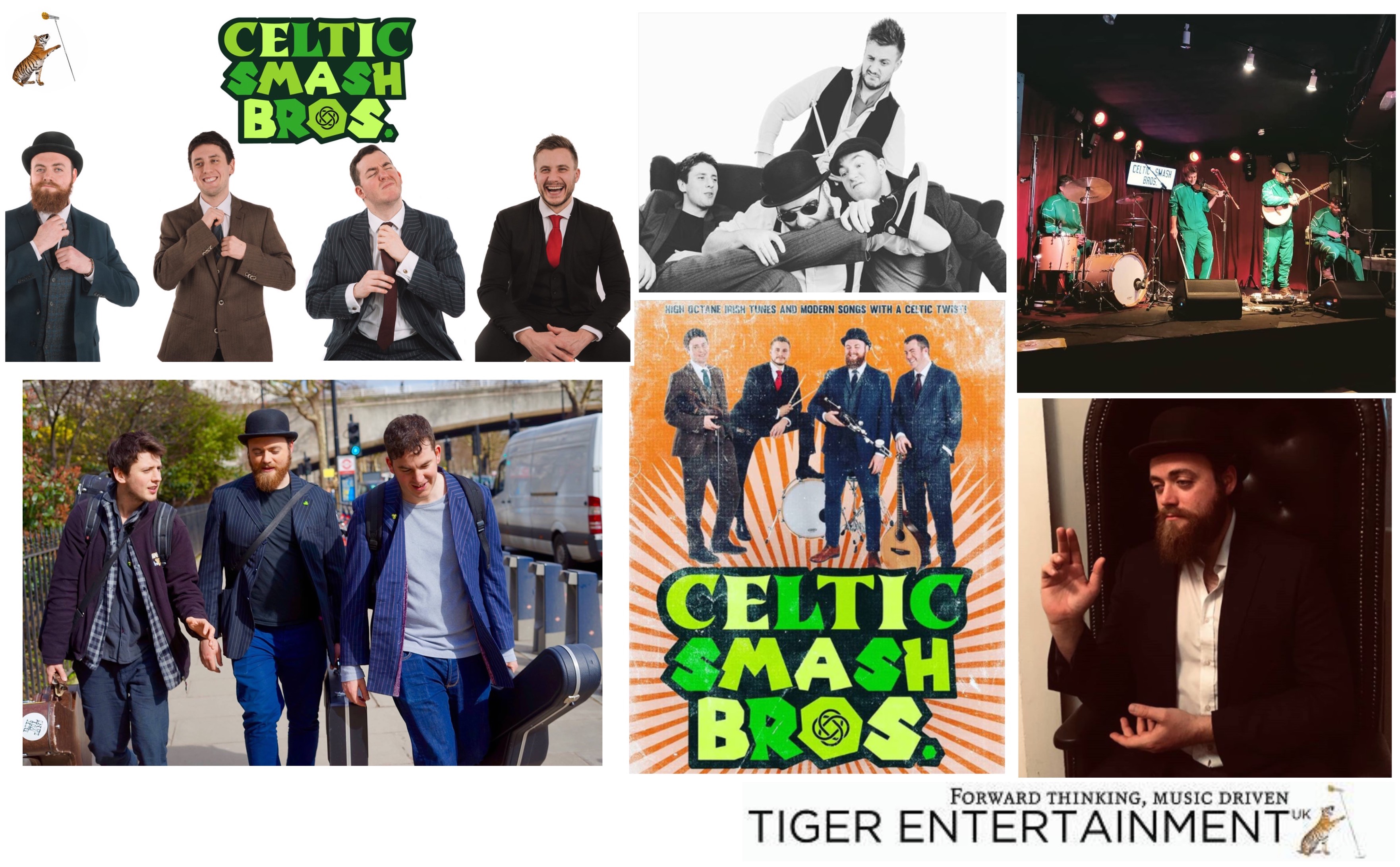