Book Now
Award winning performer Jason, is a versatile singer but specialises in Swing & Sway,  and The Buble Songbook.
Voted Best Male Singer at the National Entertainment Awards 2013 ,  Jason Allen is one of the finest and most talked about singers in the UK.  His debut single, I Close My Eyes, reached No1 on the ITunes jazz charts.
Jason started his career in 1999 when he enrolled at the Academy Drama School, London. Since then, he has worked professionally as a singer and actor in various musical theatre productions  and has appeared in BBCs Eastenders and Come Fly with Me.
His tribute to The Great American Songbook includes some of the greatest swing songs ever written, performed by some of the worlds biggest  stars including Frank Sinatra, Dean Martin, Sammy Davis Jr and modern favourites Michael Buble, Jamie Cullum & Robbie Williams.Perfect for any event, from your traditional Jazz club, Hotels, Corporate events, Restaurants, Hen parties and Weddings.
Available as a solo performer, with backing dancers, or with a live band, Jason Allen & The Sway Band.
https://www.youtube.com/watch?v=KYquG4Ir7Ng 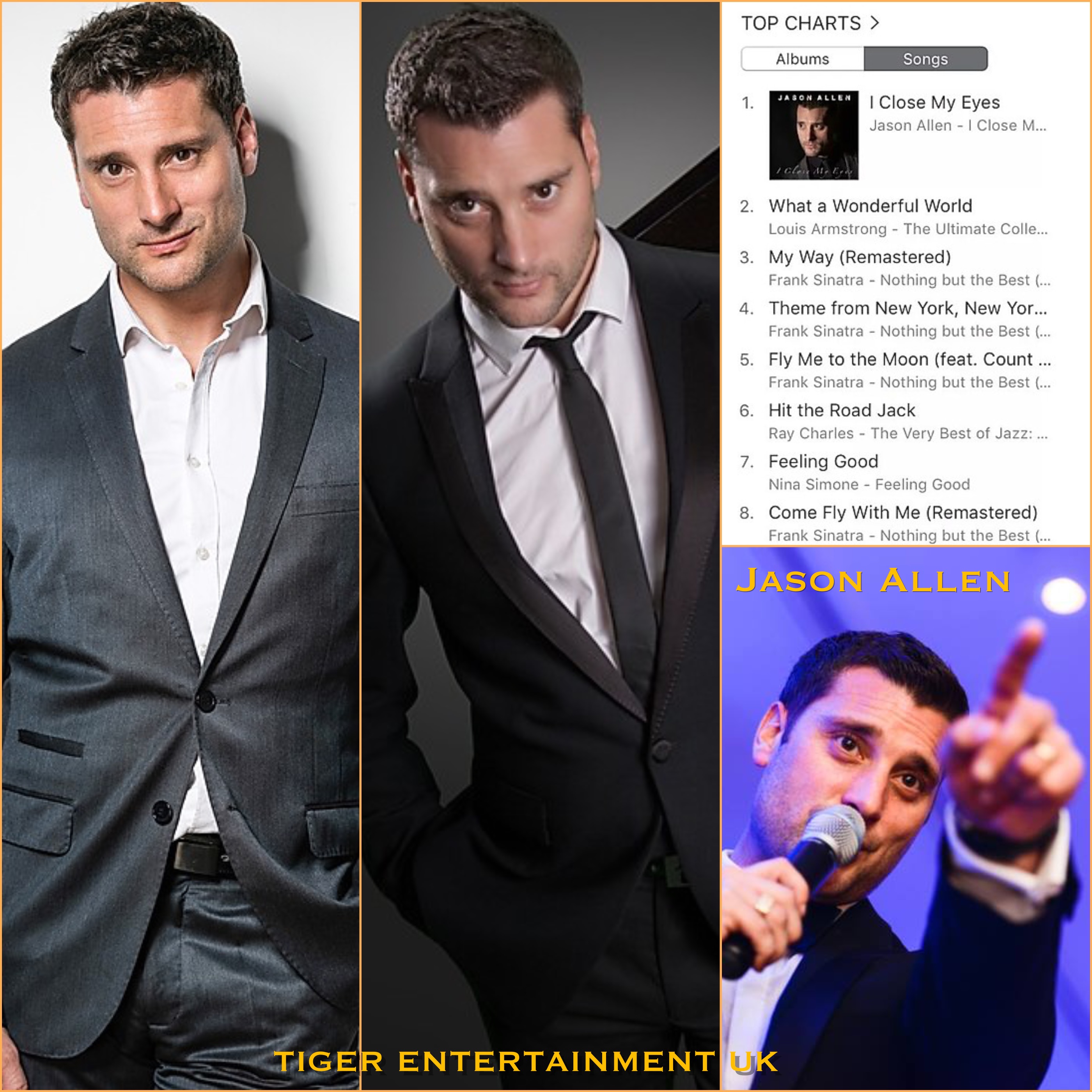