Lee Jackson’s American Country Show portrays a more current Nashville vibe rather than your stereotypical ‘Yeee Haaar’ country act but still incorporates the classic country songs with a modern country feel. Lee Jackson is a very popular choice for weddings and anniversaries, especially as some of the greatest love songs are country songs.

Either performing solo or with the band Lee has huge stage presence. The show has a tremendous feel good factor where Lee brings all his considerable experience and musical talent to the party.
Lee is one of the most likeable and professional acts you could wish to book.

Available solo or with a band 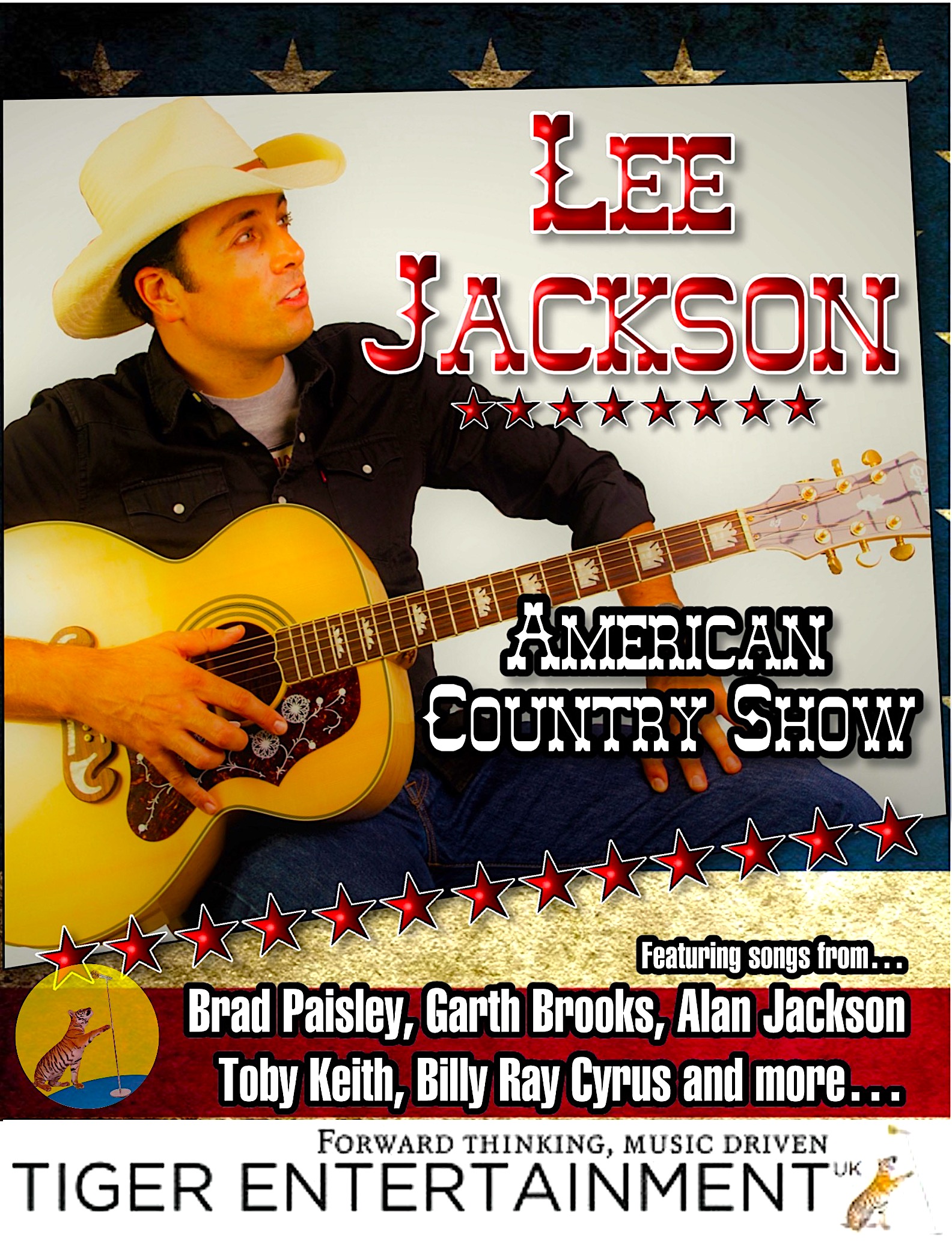