Richard is the complete performer. Highly professional, a breathtaking vocalist, very popular with audiences, has an impressive repertoire, and a nicer man you could not wish to meet.

Although a competent musician and natural singer, after seeing the famous “Three Tenors” concert during the 1990 World Cup, Richard felt singing was his calling, and he enrolled for classical voice training at The Blackheath Conservatoire in London. He had weekly lessons for the next 4 years, and it totally changed the musical direction he was heading in.

Richard is very comfortable and natural when singing songs from that Golden Age of contemporary singing from the 1920’s to the 1960’s. Songs from “The Great American Songbook” and show tunes; composed by the song writing luminaries including Cole Porter, Irving Berlin, Jerome Kern and Rogers and Hammerstein. Having classical training gave his voice greater power, range and flexibility.

Richard’s smooth and rich baritone voice will lend a touch of class and elegance to many events and occasions. From romantic and intimate ballads to jazz and swing greats. Classic foot stompers that will get the party swinging.

He can also wow your guests and bestow an air of sophistication on your event by singing powerful operatic arias including The Toreador’s Song from Carmen and Non piu andrai from The Marriage of Figaro. You will find that Richard is one of the most versatile vocalists on the scene today.

Richard has been influenced by most of the great swing and jazz singers, and cites Nat King Cole, Andy Williams, Vic Damone, Ella Fitzgerald, Sarah Vaughan, Al Bowlly, and of course, Frank Sinatra, but his favourites are without doubt, Matt Monro and Tony Bennett.

Richard is performer and MC. Tiger Entertainment ‘SHOWSTOPPERS’ cabaret shows. Tribute to the Magic of The Movies & Musicals.

A selection of songs which Richard performs are:

Jazz and Swing greats
– Classic foot stompers that will get the party swinging. 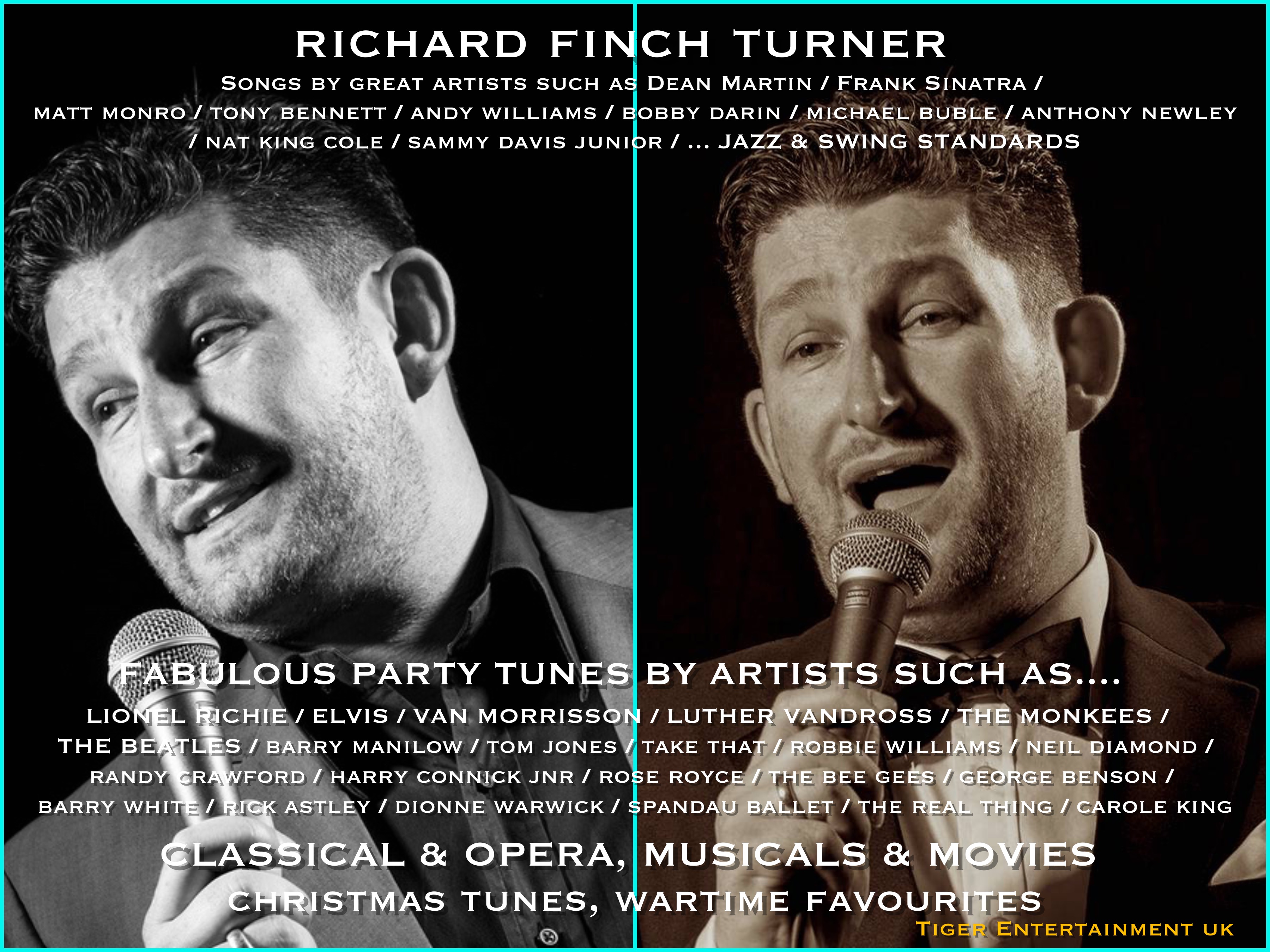