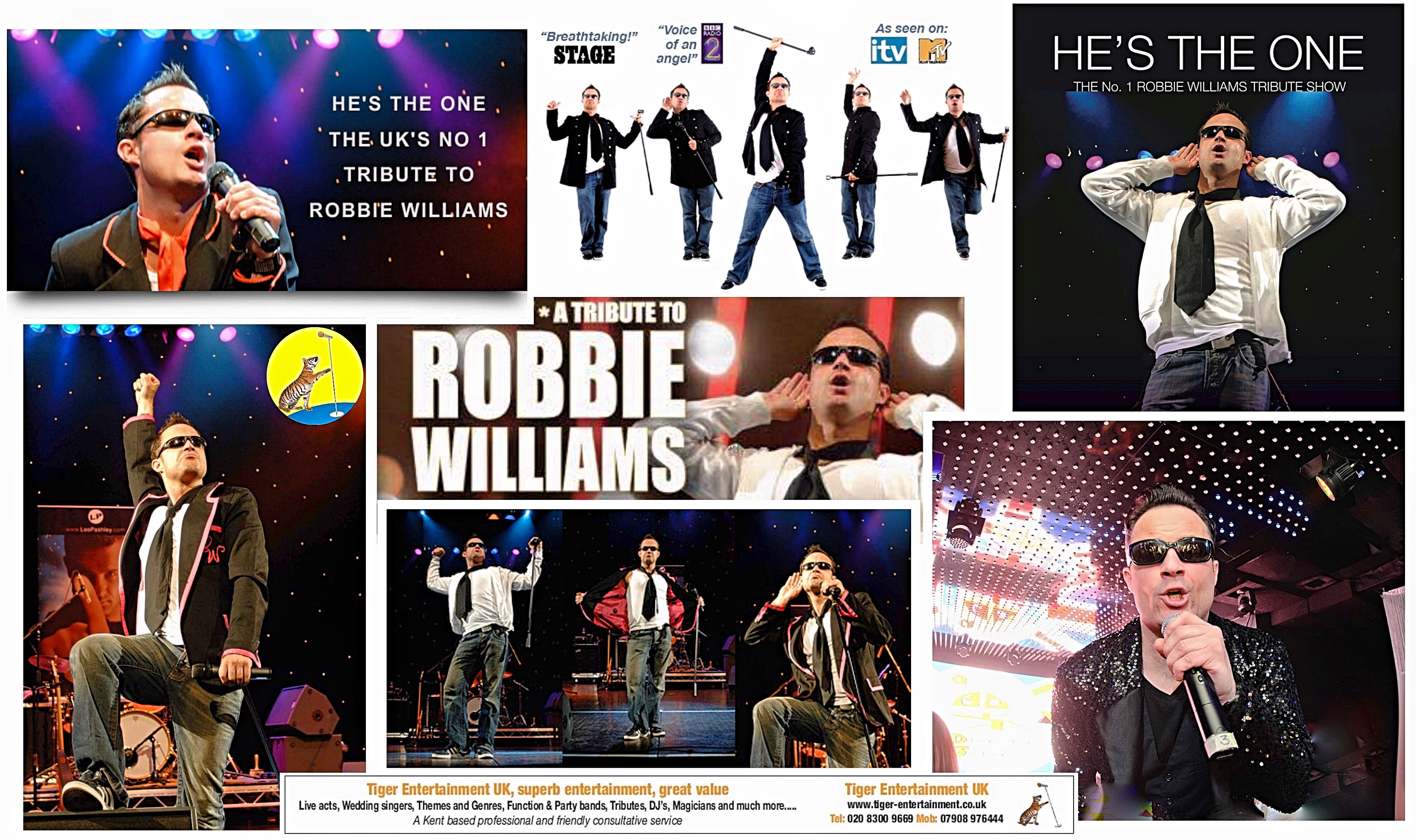 Since the controversial exit from the hugely successful ‘Take That’, Robbie Williams has taken the world by storm. Award winning albums, sell out tours, TV specials…..Robbie is never out of the worlds press. It seems like the public cannot get enough  of Robbie’s performances on and off stage.

‘He’s The One‘, a fun, energetic show dedicated to the sheer brilliance that is Robbie Williams, executed with point blank accuracy by the uniquely talented Lee Pashley.
Already an established vocalist in his own right, Lee Pashley relives the magic and essence that is Robbie. His breathtaking tribute combines Robbie’s trademark arrogance with his own natural humour. Lee gives an electrifying stage performance which shakes the audience to the core and leaves them aching for more.

Lee has been touring the UK, regularly singing to ecstatic crowds who can’t believe the vocal excellence of his portrayal. Lee is often asked if he mimes to the real thing – a compliment indeed! 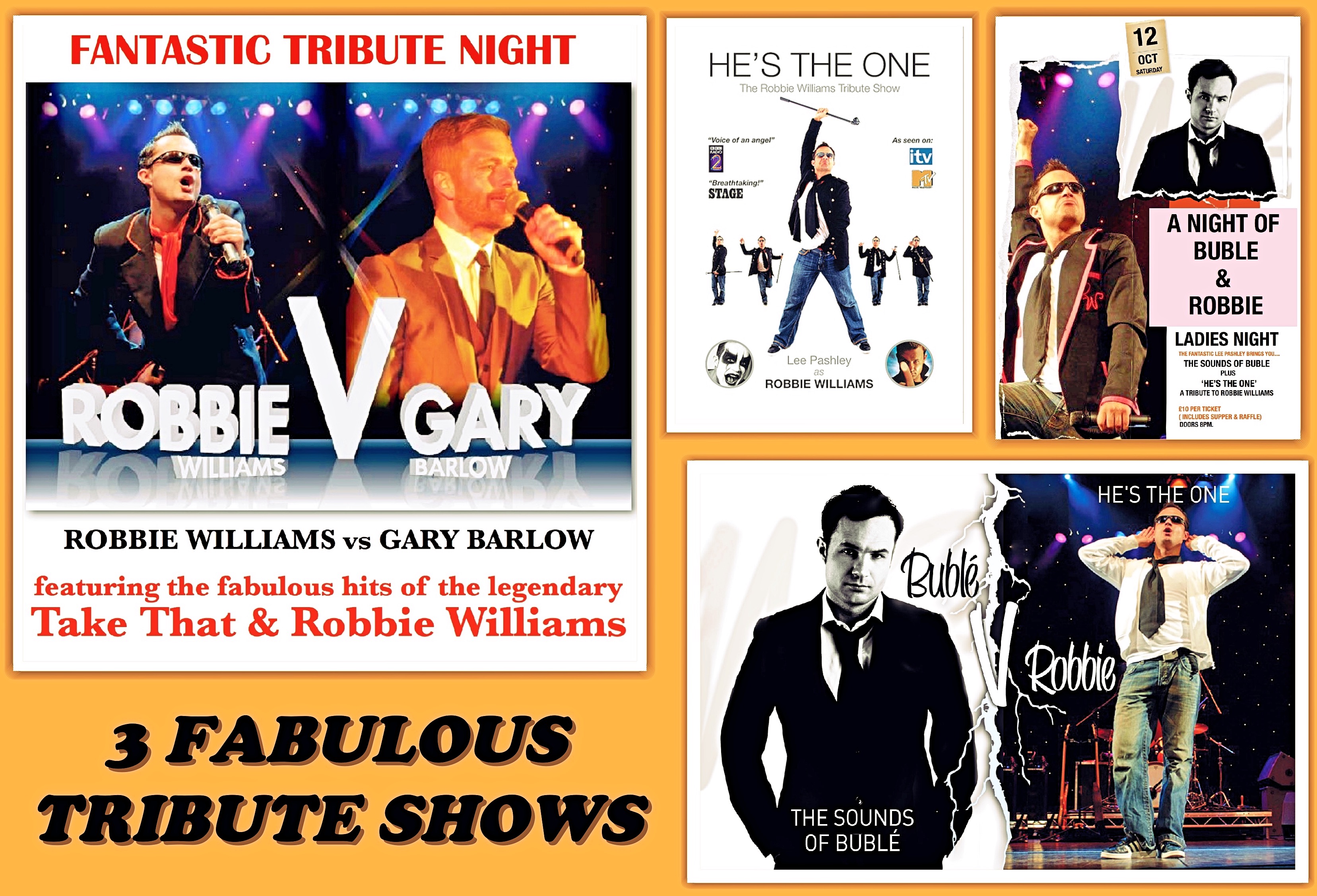