Counterfeit Quo formed in Essex in early 1995 by four hardened Quo fans who set out to recreate the dynamic Quo performances of old. The band’s reputation spread rapidly and they have now toured every region of the U.K., ventured into Europe and featured on local and national BBC Radio.

An adrenaline charged set crashes its way through many of Quo’s 22 top ten chart hits including Pictures Of Matchstick Men, Down Down, Whatever You Want and Rocking All Over The World, whilst still paying tribute to glorious earlier albums like Piledriver, Hello and ‘Quo’

So what you get is Heads Down, No-Nonsense Boogie played on the familiar beaten up green and white Telecasters by the denim clad likenesses of Status Quo.

The band has also had the honour of working with original Quo drummer John Coghlan, and have been given the seal of approval from no less than Quo’s very own Francis Rossi and the late, great, Rick Parfitt. 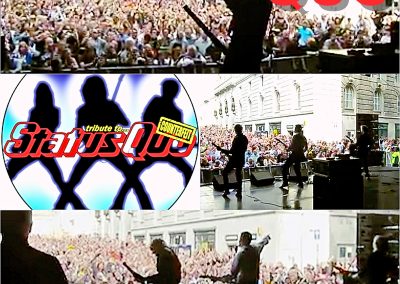 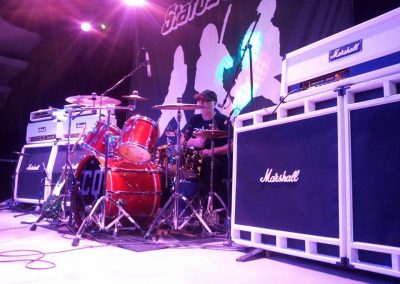 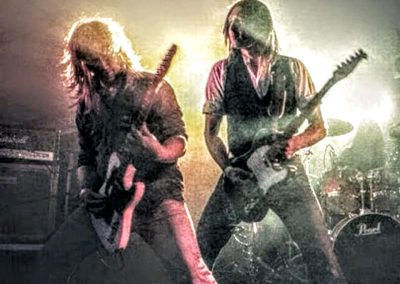 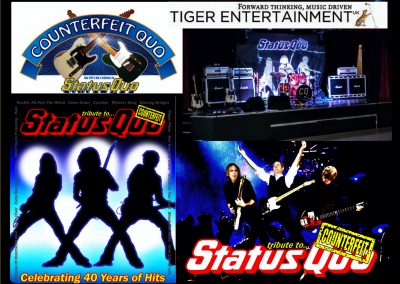 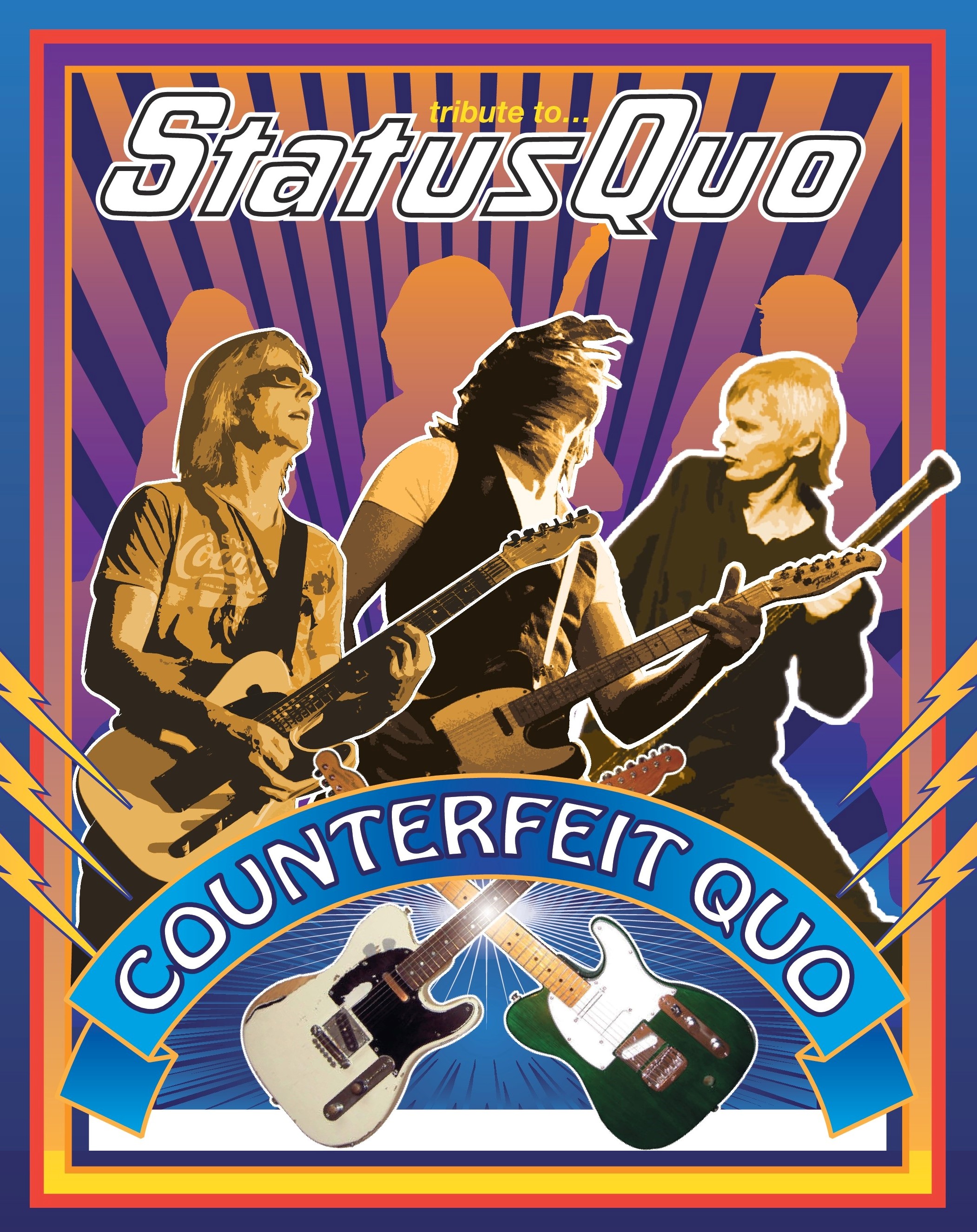