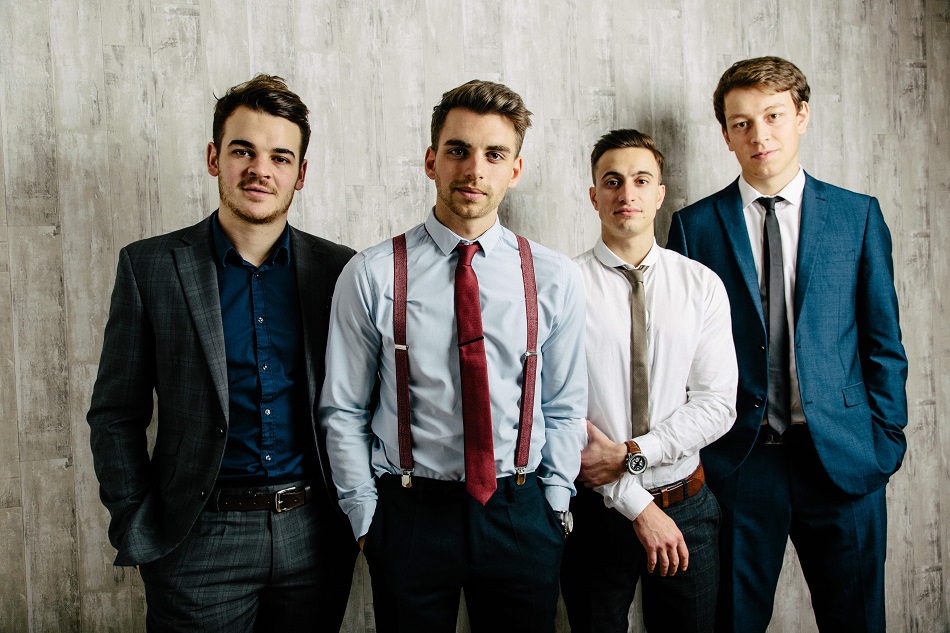 Accomplished young band who have been together for many years, and deliver one of the coolest party sets in their very own style. Wonderful musicians, nice guys, and popular all over Europe.

The Soundcasters are an exciting 4 piece band from Maidstone in Kent. They are aged between 22 and 24 and though still young, they have a mature, distinctive sound. The band featured in an episode of the Channel 4 documentary ‘Amish: Worlds Squarest Teenagers’ back in 2008 and in 2011 they filmed for a Sony advert at O2 Brixton Academy. More recently the band jetted back to Switzerland where they played a personal party for Sir Richard Branson and the Virgin team.

The Soundcasters have wowed audiences in England and also across Europe after their tour in 2013. They’ve played many prestigious venues including the infamous Cavern Club, Brixton Academy and continue to have residencies in the Swiss and French Alpes.

They have also performed at festivals such as Togfest and Lounge on the Farm alongside Toots and the Maytals, Martha Reeves and the Vandellas. They’ve also headlined the Local and Live Festival in Tunbridge Wells seeing crowds of up to 3,000 people. The Soundcasters have been interviewed on the radio, and had their music played both on KMFM and BBC Radio Kent.

Jonny B Goode – Chuck Berry | The Beatles – Come Together |Louie Prima – Just a gigolo | Paolo Nutini – Pencil full of lead | James Brown Medley (Papas gotta/I feel good) | Men at work- Land down under | Rupert Holmes – Pina Colada |  Bob Marley – Shot the Sheriff | Toots & Maytals – Message to you | All shook up – Elvis Presley | The Beatles – Get back | Chuck Berry – All shook up | Jonny Cash – Folsom prison blues | Linoel Richie – All night long | Frankie Valli – Oh what a night | Paul Simon – Call me Al | Earth, Wind and Fire – September | Jungle Book – I wanna be like you | Daft Punk – Get lucky | Bill Hayley – Shake Rattle and Roll | Toots & the Maytals – Monkey Man | The Beatles – Saw her standing there| The Who – My Generation | Toploader – Dancing in the Moonlight | Elvis Medley | Reef – Place your hands | The Beatles – Twist and Shout